REFLECTION WEEK ON THE RELEVANCE OF A RELIGIOUS VOCATION - TAIZÉ 2015

An international gathering for young people 40 and under living a monastic or religious life, both those in formation as well as those already committed for some years.

Taizé is “a simple shoot that has been grafted on a great tree, without which it could not exist,” Brother Roger liked to say. Representatives of this "great tree" of religious and monastic life, superiors of Catholic, Protestant and Orthodox communities, congregations and monasteries will give witness to their experience. They will also bring to light intuitions of Brother Roger that can contribute to the renewal of religious and monastic life today.

Each day, their interventions will be followed by a time of dialogue with all the participants. 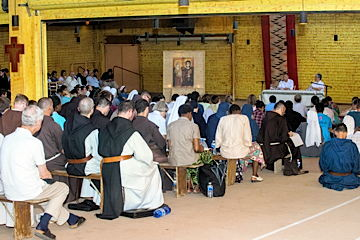 From 5 to 12 July 2015 around 350 young people, women and men living a monastic or religious life gathered in Taizé for a "Week of Reflection on the Relevance of a Religious Vocation". They came from Orthodox, Protestant and Catholic communities and from 52 different countries. Each day different guest speakers were invited to talk to them and to answer questions. 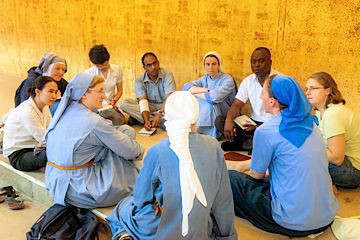 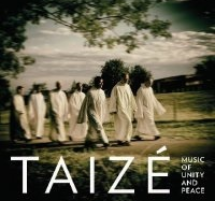 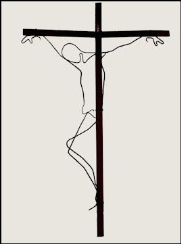 Maranatha: Lord Jesus Christ and dwell with us. Amen

To start the video you click on the play icon.

Windows in the chapel with biblical inspired designs 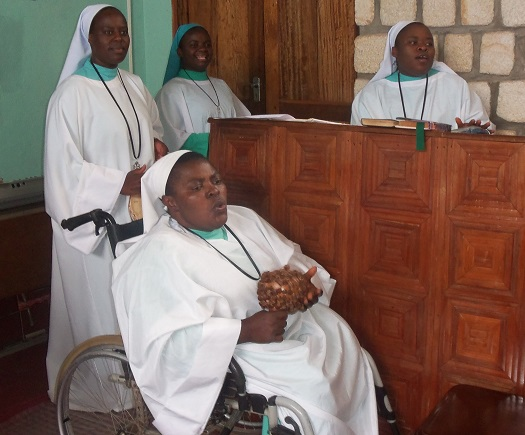